Our founder and chairman, Brian Seymour, was honoured to receive the Lifetime Achievement prize at the 2022 TCS&D Awards held in Manchester.

More than 400 senior officials from the UK’s temperature control and distribution industry were at The Midland Hotel for the event.

They were told: “This year’s Lifetime Achievement award goes to a man who has been inventing and innovating for more than 60 years.

“Since developing a fascination with the possibilities of plastic and rubber products during his early years at tyre company Goodyear, he has built a reputation as an award-winning pioneer in the field of   temperature control products.

“His industry-leading material, Tempro, protects food in transit for most of the big supermarkets and retailers.

“His invention even protected intrepid adventurer Sir Ranulph Fiennes against life-threatening temperatures during an expedition to the Antarctic.”

The judges said: “Even after all these years he is still investing his time into our industry. He has seen it all and more, and received a true level of respect from the panel.”

Brian was sadly unable to attend on the evening, but sent a video message of thanks. The award was collected on his behalf by SMI’s regional sales manager Chris Davies, who attended the event with his partner Jowi. 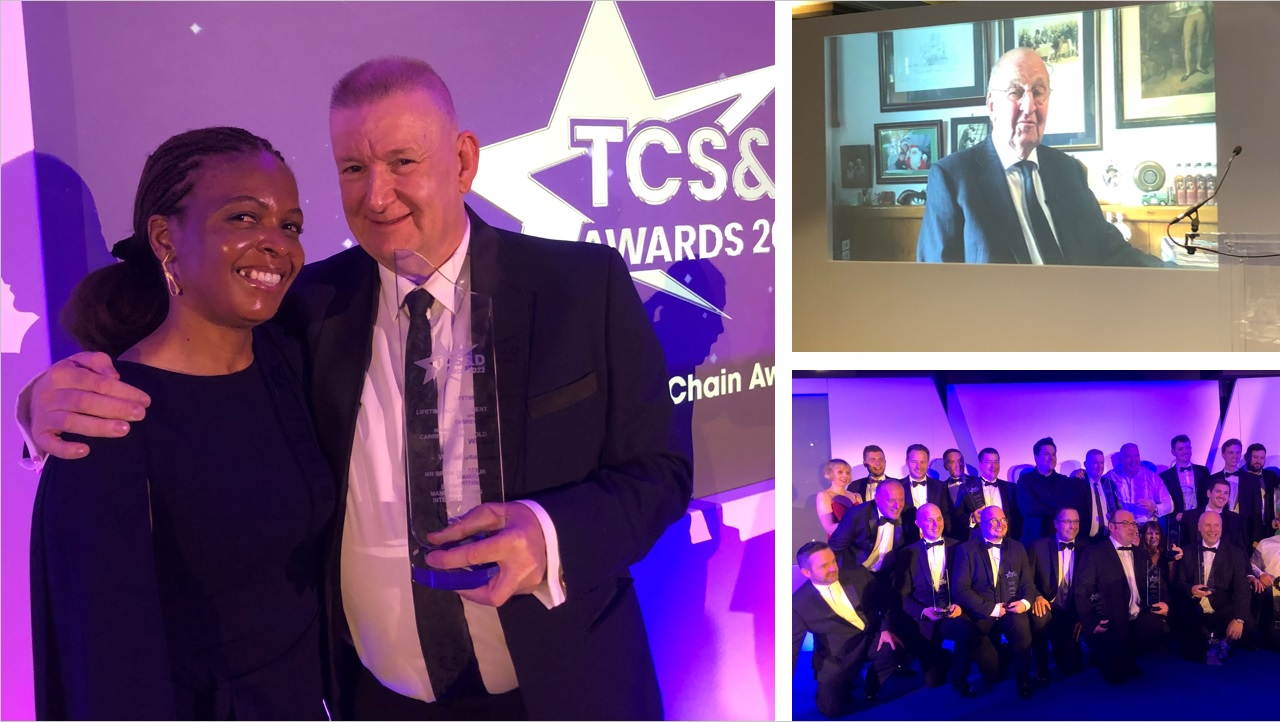