SMI has pledged its support to a Shropshire businessman who has set himself a daunting fundraising challenge – inspired by the bravery of his younger sister who has conquered one of her own toughest fears.

Peter Stokes isn’t just taking on one epic challenge this year – he’s aiming to complete more than a dozen of them!

They range from stepping into the ring for a white collar boxing bout to the Great North Run, Three Peaks challenge, a skydive, and several 5k and 10k races.

The 37-year-old, who was raised in Shifnal and now lives in St Georges, also plans to tackle elite endurance tests such as the gruelling Born Survivor course, which is set by Royal Marine commandos.

Peter is doing it all to raise funds for two nominated charities, Cancer Research UK and Macmillan Cancer Support.

He explained: “My younger sister Charly, who has bi-polar, tackled her greatest fears by signing up for an ultra white collar comedy event, when she had to deliver a five-minute stand-up routine to a live audience of around 500 people.

“Putting herself in the spotlight and under that sort of pressure took her about as far outside her comfort zone as it’s possible to get. She was so incredibly brave.

“I’ve had my own mental health challenges during Covid, but she has inspired me to tackle my own challenges, and raise money which will make a difference.”

Peter has already completed a trek to the top of Snowdon this year, and is now in training for his entry into the white collar boxing ring on March 25.

After that, in April, is the first of three ‘Wolf Run’ 10k races, before the Born Survivor challenge in May.

His campaign has already earned the backing of a string of local businesses, including SMI. He said: “No-one signs up for these ultra events without a story or a motivation. I’ve told my wife Steff that I want to do something that will really make a difference.

“I couldn’t do this without the support of those around me, including my mum and dad, my group of friends, and of course my wife. And a particular shout-out to Adam Hilton who is joining me on the challenges this year too.”

“I don’t really want to set myself a target, but so far I’ve raised nearly £4,000 for the two nominated charities. Originally I thought I’d be pleased to get £500, and when I passed that mark I cried. Let’s just see how much more we can raise.”

Peter is already looking past his long list of 2022 challenges and thinking ahead to next year, when he wants to put together a similarly ambitious programme to raise money this time for Alzheimer’s Research, Mind, and Dementia UK. 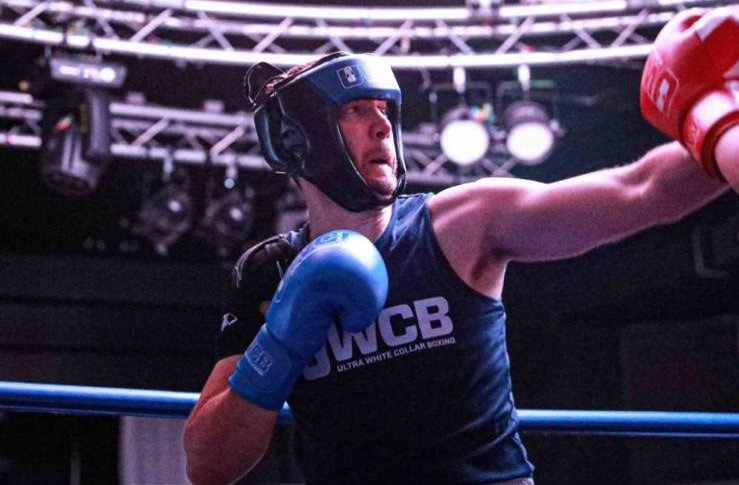